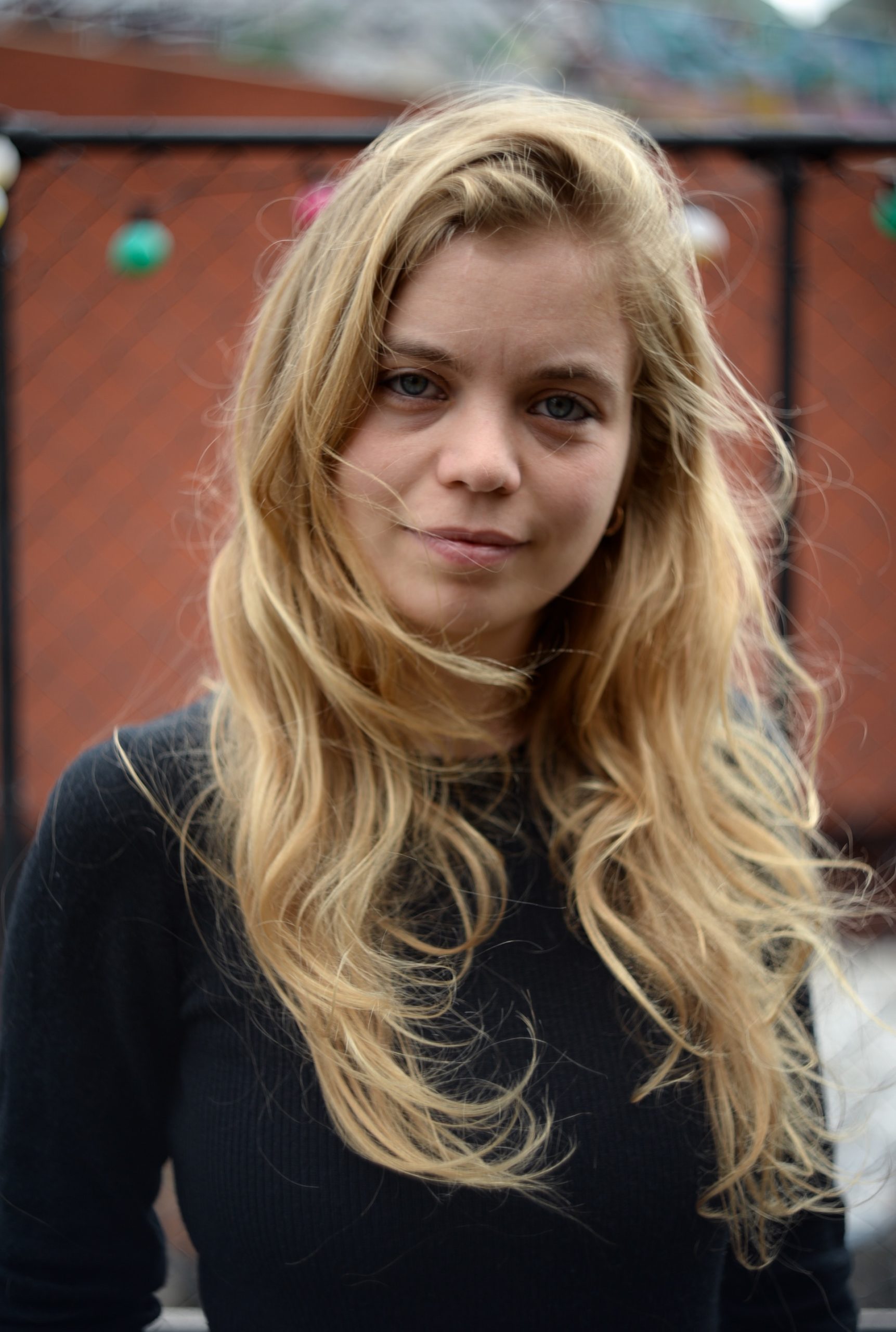 “Héloïse Werner should be a name on the lips of any musical adventurer. (…) This young soprano-composer – and cellist too – is a one-off, who can transform a tiny fragment of song into a mesmerising drama. It’s as if her whole being is double-jointed. Her beautiful voice can flip itself from long-lined lyricism into a battery of percussive instruments: trilling her tongue at jet-propeller speed, turning a simple vowel sound into a complex expression of love or anguish, with a lexicon of facial expressions to match.” Fiona Maddocks, The Observer

“quickly becoming a latter-day Cathy Berberian or Meredith Monk (…) virtuoso entertainment like this is welcome any time” Richard Morrison, The Times (solo opera The Other Side of the Sea)

“sombre and powerful, it’s a tour de force for its sole performer, the soprano Héloïse Werner, a rising figure on the contemporary music scene. (…) she makes great use of her considerable vocal and acting range” The Stage (solo opera Scenes from the End)

“the hyper-versatile Héloïse Werner, who makes every word audible without recourse to texts” The Observer

“the vivacious soprano voice of Héloïse Werner, who pounces on individual notes and words with a tiger’s tenacity and a kitten’s glee” The Times

“a brilliant and acrobatic vocalist” The Telegraph

“an amazingly versatile soprano” The Times

Recipient of the Michael Cuddigan Trust Award 2018, Linda Hirst Contemporary Vocal Prize 2017 and a Leeds Lieder Young Artist 2018, French-born and London-based soprano and composer Héloïse Werner was one of the four shortlisted nominees in the Young Artist category of the Royal Philharmonic Society Music Awards 2017. She was one of the BBC Radio 3’s 31 under 31 Young Stars 2020.

This year, Héloïse will record her debut solo album with Delphian Records for release in June 2022, generously supported by the PRS Foundation Open Fund, The Ambache Trust, The RVW Trust and the Nicholas Boas Charitable Trust.

In 2019, Héloïse performed her solo opera The Other Side of the Sea at Kings Place as part of their Venus Unwrapped series  (“you can’t help but be dazzled by it” **** The Times).  Written in collaboration with poet Octavia Bright, director Emily Burns and visual artist Jessie Rodger, the opera explores language and identity. It was first premiered in London & Aldeburgh in 2018, with generous support from The Michael Cuddigan Trust, and developed in 2017 during a Snape Maltings residency under the mentorship of Zoë Martlew. In 2016, Héloïse starred in Jonathan Woolgar’s acclaimed one-woman opera Scenes from the End at London’s Tristan Bates Theatre, following on from successful runs at the Camden and Edinburgh Fringe Festivals.

Héloïse is soprano and co-director for contemporary quartet The Hermes Experiment (soprano, clarinet, harp and double bass). They were shortlisted for the RPS Awards 2019 in the Young Artists category, winners of the Royal Over-Seas League Mixed Ensemble Competition 2019, Making Music Selected Artists 2019/20, ClassicalNEXT Showcase Artists 2019, winners of the Tunnell Trust Awards 2017, the Nonclassical’s Battle of the Bands 2014, and Park Lane Group Young Artists 2015-16. Capitalising on their deliberately idiosyncratic combination of instruments, the ensemble regularly commissions new works (over 50 to date), as well as creating their own innovative arrangements and venturing into live free improvisation. Their debut album HERE WE ARE is out now on Delphian Records (Presto Classical Recording of the Year, Gramophone Editor’s Choice, The Guardian’s 10 Best Contemporary Albums of 2020). Their second album will be released in Autumn 2021.

Héloïse recently appeared in The Grange Festival’s production of Precipice as the singing narrator and premiered Freya Waley-Cohen’s new song cycle for soprano and string quartet at Conway Hall, written for her and the Tippett Quartet. In 2019/20 she also toured her new work Phrases for soprano & piano with Natalie Burch, sitting alongside Britten’s Les Illuminations and a new commission by Jonathan Woolgar. This project was generously supported by Wild Plum Arts, Britten-Pears Foundation and Hinrichsen Foundation. In 2018/19, Héloïse performed in Macbeth at the Sam Wanamaker Playhouse, Shakespeare’s Globe Theatre, singing music by Laura Moody. She was one of the artists for the RPS-winning “Schumann Street” produced by Spitalfields Festival 2017, and appeared at the 2016 BBC Proms as one of the two singers performing in Steve Reich’s Music for large ensemble with the Multi-Story Orchestra.

Héloïse was born in Paris and was a member of the ‘Maîtrise de Radio France’ for six years. At the same time, she studied the cello at the Conservatoire Maurice Ravel with Valérie Aimard. She then read music at Clare College, Cambridge, where she was a choral scholar. At Cambridge, she studied composition with Giles Swayne and won the 2011 Clare College Carol Competition. In 2009, she was awarded the ‘Creation Prize’ from the Conservatoire Maurice Ravel for her songs for piano and voice, which she performed as part of her cello final diploma. She completed her vocal studies with Alison Wells and coach Anna Tilbrook on the MMus course at Trinity Laban Conservatoire of Music and Dance as a Linda Pilgrim Charitable Trust Scholar and a Help Musicians UK Postgraduate Award holder. She has appeared in masterclasses with Barbara Hannigan, Sir Thomas Allen, John Mark Ainsley and Eugene Asti.

Héloïse is represented by Rayfield Allied.